By Amie in Awesome Splattery Things, Splatteriffic Reviews on April 3, 2013
No comments 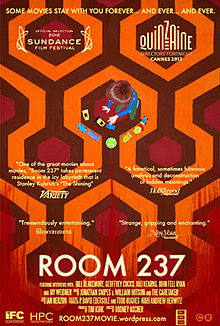 “This is not “The Making of The Shining.” This is not a biography of Stanley Kubrick. This is: After the film has left the filmmaker’s hands, how does the audience grapple with it and make sense of it?” ~ Director Rodney Ascher from an interview with Vulture

After viewing a film (in particular, viewing a film over and over and … over) some fans latch onto the tiniest details, stringing them into clues that they then weave into a larger meaning that is personally important to them—and then convince themselves that the Director obviously meant that ONE THING.

In Room 237, the film in question in Stanley Kubrick’s The Shining, and those “one” things include The Holocaust, the massacre and betrayal of the Native Americans, something-something about a Minotaur and the maze, an analysis of impossibly constructed rooms and hallways, a look at the interesting imagery created when it’s played backwards and forwards at the same time, and awestruck respect at how the whole thing is inlaid with hidden meanings. 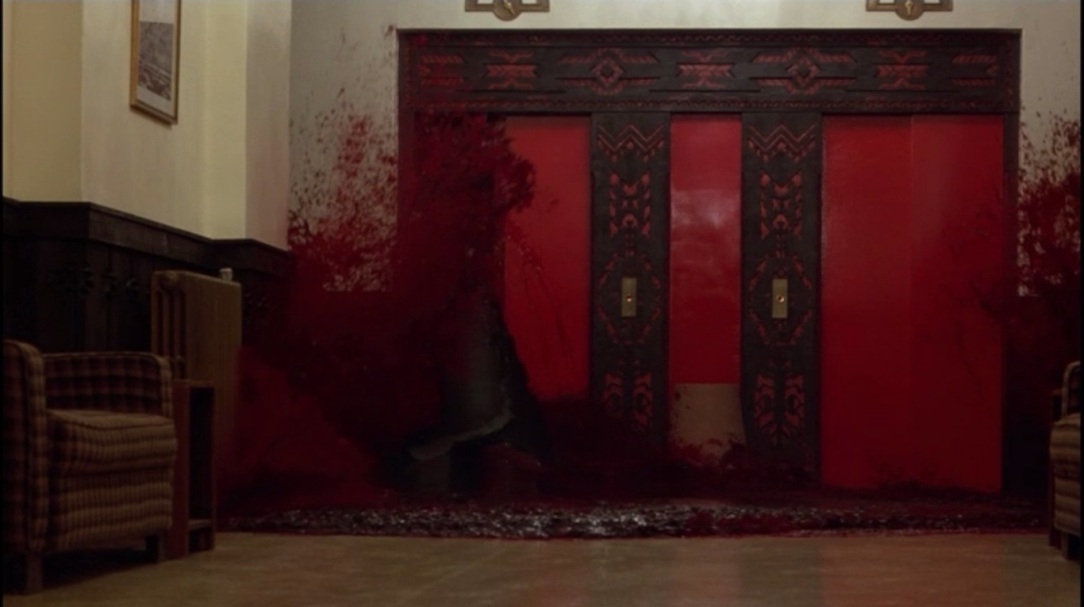 A beautiful rush of corn syrup-y blood just for horror’s sake? Or representative of the elevator shaft’s direct connection to the blood of the Native Americans in the burial ground beneath the hotel? Only Kubrick knows for sure.

Rather than show you the faces of the people behind the various theories, Ascher shows you scenes from films with the vocals laid over them. And not just scenes from The Shining and other Kubrick movies (although those are prominent, especially when the narrative has a talking point about a specific scene)—the entire “in theater” framework is made up of scenes from Lamberto Bava’s Demons, which I found more distracting than anything.

Also distracting (no surprise) is that a few of the people sharing their theories with you come across as arrogant blowhards. MY FAVORITE. Look, passionate movie fans and critics are always, always, always willing to tell you their theories on a particular film—I’m no exception. But I really try to explain it in a way that says “I am having all the feels about this thing because…” and not “You are an idiot if you don’t see this too.” I mean, I think. (If you’re one of my friends and you disagree, PLEASE tell me!)

What I can’t stand is when those people insist that ONLY THEY noticed this particular detail, and ONLY THEY KNOW FOR SURE that the director meant that painting/rug pattern/room number/can of baking soda to symbolize the thing that they desperately want it to. I’ve watched people have to eat their own words at Q&As when presenting directors with this very thing, and it’s never pretty (but it’s always amusing).

And depending on your personal experiences, you may or may not agree. Things pointed out in this film may make perfect sense, or they may seem to be really far-fetched. And that’s the beauty of art, isn’t it? It can mean something different to everyone.

Room 237 is a fascinating study of what fans of the film believe, and it’s an entertaining look at that world—especially if you’re not immersed it in it everyday.

Like The Shining, it’s worth a watch a few times over. 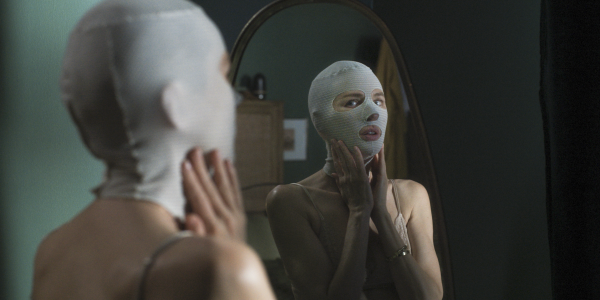 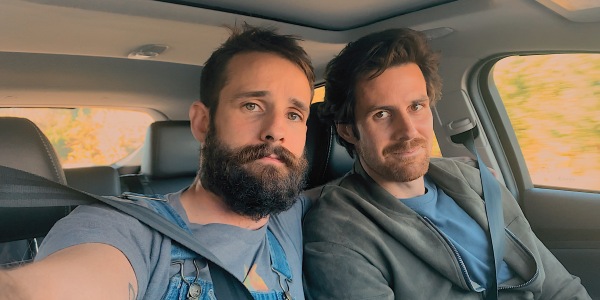